The History Of Personal Injury Lawsuits 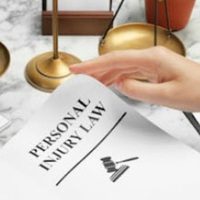 In agrarian, pre-industrial societies where most people did not travel far from home during their lifetimes, accidental bodily injuries inflicted by one stranger upon another were quite rare. When a grievous accident did occur, the culprit was usually a relative or close friend, and part of the same small local community. Most persons were judgment proof before the rise of the middle class and the invention of modern liability insurance. At common law, a victim of a personal injury and others with a direct interest in the outcome of an action (e.g., the victim’s spouse) were automatically disqualified from testifying about the injury or its consequences (because the victim’s self-interest in recovery was seen as inevitably resulting in an unacceptably high risk of perjury). Finally, pre-industrial injuries lacked the sheer magnitude of force of modern personal injuries, because they were normally inflicted by humans or animals, not powerful machines.

Another obstacle was that if an injury was severe enough to kill the victim, the common law followed the maxim actio personalis moritur cum persona. This literally meant that the cause of action died with the victim. It was not until the 19th century that legislatures throughout the common law world began to remedy this grave injustice by enacting statutes (e.g., the Fatal Accidents Act 1846) allowing for post-death wrongful death claims. Similarly, from the 1840s to the 1890s, legislatures throughout the common law world began to also enact statutes overturning the witness disqualification rule (after which victims could directly testify to how they had been injured and had subsequently suffered).

It should be obvious at this point that in common law jurisdictions before the 1850s, an injury had to fit into a very small category in order to serve as the basis of a legal action worth pursuing to a final verdict: the injury was serious enough to justify legal action, but not so severe as to kill the victim; the injury, its cause, and its consequences had all been witnessed by entirely disinterested third parties; the defendant was a stranger to the plaintiff, but one with recoverable money or assets within the boundaries of the jurisdiction; and the plaintiff was able to find competent counsel willing and able to pursue such a rare kind of legal action.