The Kardashians Have Their Motion to Compel Arbitration Denied 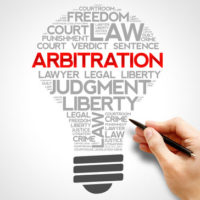 Beyond being TV stars, the Kardashian sisters (Kim, Kourtney and Khloe) are also involved in many business ventures. In 2013, they entered into a licensing agreement with a company called Boldface Licensing + Branding. Inc. The goal of the business arrangement was to develop a line of Kardashian branded makeup products called ‘Khroma’. However, this plan quickly ran into some very complicated problems. First, the Kardashians found themselves facing a trademark infringement claim from another makeup called ‘Kroma Cosmetics’. This company was owned by a third company, Lee Tillett, Inc. After settling the underlying trademark dispute, another dispute arose with ‘Kroma EU’, a company related to ‘Kroma Cosmetics’ but that had been left out of the trademark infringement settlement agreement. The Kardashians filed a motion to compel arbitration in this new dispute, but their request was denied by the United States Appeals Court for the Eleventh Circuit.

Why Was Motion to Compel Arbitration Denied?

The contract between Lee Tillett, Inc and Kroma EU contained a mandatory arbitration clause. Thus, when Kroma EU took legal action against Lee Tillett, in relation to the initial trademark infringement settlement, mandatory arbitration followed. The Kardashians and Boldface Licensing, neither of whom were party to that contract, also sought to invoke the agreement’s arbitration clause. Under Florida law, non-parties can often invoke arbitration provisions of a contract using the doctrine of equitable estoppel. More specifically, through this legal doctrine, a non-party can invoke a contract’s arbitration provision when the following two conditions are met:

Unfortunately, for the Kardashian sisters, the underlying contract in this case explicitly limited the arbitration provision to only the signing parties. In other words, when forming the contract, Lee Tillett and Kroma EU intentionally removed the ability of the non-parties to compel arbitration. This raises an important question: Can those companies really do that? As the Eleventh Circuit Appeals court reaffirmed, the answer is ‘yes’. Under the doctrine of equitable estoppel, non-parties can only compel arbitration to the extent that their legal dispute is within the scope of the underlying contract’s arbitration clause. Contracting parties can craft an arbitration provision to their own liking. Indeed, the parties do not even have to include an arbitration clause at all. This case once again demonstrates how important it is to have a carefully drafted contract. Before signing, parties should always be sure that their agreement truly protects their rights.

For many companies in Florida, arbitration is the best way to resolve a complex dispute. At Pike & Lustig, LLP, our West Palm Beach arbitration attorneys have the skills and experience necessary to protect the legal rights and financial interests of your business. If you have any questions about arbitration or contract law, please do not hesitate to call our team today to learn more about what we can do for you. Our firm proudly serves companies throughout the region, including in Miami, Fort Lauderdale and Coral Springs.