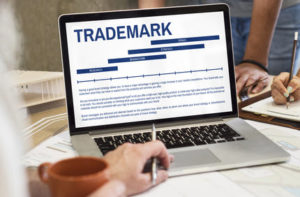 According to a report filed by the Miami Herald, the U.S. Patent and Trademark Office (USPTO) denied the initial trademark application put forth by the Las Vegas Golden Knights. The Golden Knights are an NHL expansion franchise that are set to begin play in the fall of 2017. The USPTO decision comes only two weeks after the team’s name and logo were officially publicly announced. The trademark application was denied on the grounds that the team nickname ‘Golden Knights’ is ‘substantially similar’ to the name of the sports teams that play for the College of Saint Rose in New York. Officials from the NHL told reporters that the organization plans to file a formal request to allow the name to be registered in ‘co-existence’ with the trademark held by the College of Saint Rose.

The Likelihood of Confusion Standard

To qualify for federal trademark protection, a brand must 1) have a commercial purpose and 2) be

sufficiently distinctive. There is no doubt that the new Las Vegas hockey franchise has a commercial purpose. However, the USPTO has serious reservations over whether or not the brand is distinctive enough to be registered as a trademark. In assessing the question, the USPTO must determine if the proposed mark is likely to create confusion in the mind of a reasonable consumer. In other words, if your brand name or symbol is likely to be confused with another brand, your trademark application may be denied. However, this does mean that you are necessarily out of luck. Indeed, as the NHL franchise has done, brand owners have the option of attempting to register their trademark in co-existence with the already existing mark.

What is the Co-existence Exception?

Trademarks that are on their face substantially similar can often co-exist. For example, many different cities across the country have dozens of pizza restaurants within them. Unsurprisingly, these small restaurants often use similar names and similar branding. However, since they are all in their own regional markets, their trademarks can often co-exist without any problems. The NHL’s Las Vegas franchise may be able to get the USPTO to agree to register the mark in co-existence with the sports team at the College of Saint Rose in New York. There are two factors that the league could immediately point to:

The USPTO may find this compelling enough to allow the registration of the trademark. Further,

the Las Vegas NHL franchise may be able to come to a voluntary co-existence settlement with the college. By doing so, they will significantly reduce the likelihood of encountering legal issues in the future.

If you are involved in a trademark dispute, the experienced West Palm Beach trademark law attorneys at Pike & Lustig, LLP can help. Please do not hesitate to contact our team today to schedule a free, no-obligation review of your case. We represent individuals and businesses throughout the region, including in Miami, Boca Raton and Coral Gables.