The Rights of Minority Shareholders 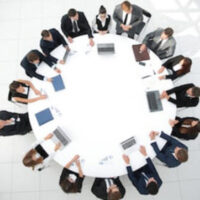 Looking to the Law

If none of these exist, or they are silent on these issues, the default laws are what is written in Florida law. The shareholder should determine whether the harm is being caused to the shareholder himself, or to all shareholders.

Sometimes, it may be difficult to prove whether injury is being caused to just one shareholder, or to all of them collectively. If a shareholder derivative lawsuit is possible, written notice to the majority shareholders has to be given, and shareholders have to be provided an opportunity to fix the problem, before a lawsuit can be filed.

Make sure you review documents before you invest in a company. If you will be a minority shareholder, you want to make sure that you are protected, if majority shareholders abuse or overstep their powers.

We can help you if you are having a  problem enforcing your rights in a business. Call the West Palm Beach business litigation lawyers at Pike & Lustig to help you with your business law problem.