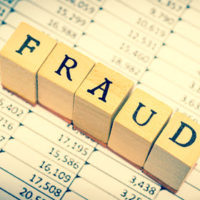 According to reporting from The Washington Post, Florida is preparing to sue Valeant, a multi-billion dollar pharmaceutical company, for stock fraud. Florida officials believe that the state pension program has lost $62 million on shares of Valeant that were purchased between 2013 and 2016. Recently, evidence has come to light that the stock price may have been fraudulently inflated. Here, our experienced West Palm Beach fraud attorneys discuss the fraud and explain what Florida officials will need to prove to get financial compensation for the stock losses.

Fraud Scheme: The Accusations Against Valeant

On July 31st, 2015, Valeant Pharmaceuticals stock hit a record high at $257.53 per share. By November of 2017, the stock had plummeted to a value of less than $16 per share. That is a dramatic 93 percent loss in just over two years. The problems for the company began in late 2016, when its illegal pricing scheme was discovered.

In November 2016, two men were arrested for participating in a multi-million dollar fraud and kickback scheme with Valeant Pharmaceuticals. The company is accused of illegally marking up its drug prices and then selling those drugs through a network, thereby dramatically inflating its sales, at least on paper.

Securities fraud cases are incredibly complex. Indeed, they are among the most complicated and difficult to prove types of fraud. There are many things that Florida will need to prove to be able to hold the company liable. That being said, the core elements of a stock fraud claim are not all that much different than other types of fraud claims. The plaintiff still needs to prove that the alleged fraudster intentionally misled in order to take financial advantage of them. To be able to bring a successful stock fraud case, the plaintiff must always be able to prove the following four basic elements of fraud:

As the U.S. headquarters of Valeant Pharmaceuticals is located in New Jersey, that is the venue in which Florida officials have decided to bring the stock fraud claim. If the state can prove the required elements of stock fraud, it will be able to recoup a portion of its losses for the pension fund. The lawsuit is currently set to be filed in mid-November.

At Pike & Lustig, LLP, our top-rated business litigation attorneys have extensive experience handling complex fraud claims. We have helped many business and consumer fraud victims recover financial relief for their damages. To find out more about what our law firm can do for you, please contact us today to set up your free case evaluation. We have offices in West Palm Beach, Wellington and Miami and represent communities throughout southern Florida, including in Hialeah, Fort Lauderdale, Homestead and Miramar.