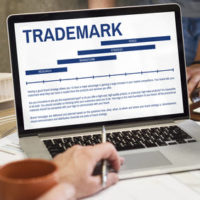 According to reporting from CNN, Patagonia has filed a trademark infringement lawsuit against the multi-national beer maker Anheuser-Busch. Recently, Anheuser-Busch began marketing and selling a “Patagonia” branded beer. The outdoor clothing company contends that the beer evokes its brand and its logo. As such, Patagonia alleges that their trademark rights are being violated. For its part Anheuser-Busch counters that it has the right to sell a beer under this trade name. Here, our Miami trademark litigation attorneys highlight the key legal issues in this trademark infringement lawsuit.

The Argument: Anheuser-Busch is Confusing Consumers

In its trademark infringement claim, Patagonia raises several points of contention against Anheuser-Busch’s and its use of a new branded beer sold under the ‘Patagonia’ name. The clothing company notes that Anheuser-Busch is actively crafting an “outdoor” image in its marketing of this beer. To start, they point to the label of the beer and its logo. The logo is essentially a silhouette of mountain peaks, and it does share some basic similarities with Patagonia’s logo.

Beyond that name and logo, Patagonia also argues that this beer is generally being offered and promoted in specialized locations, such as ats ski resorts — a place that is part of the outdoor clothing company’s target market. Finally, Patagonia also highlights the fact that it launched its own beer in 2016. Taken collectively, Patagonia believes that reasonable consumers are likely to be confused about the true source of this new beer.

The Defense: These are Two Distinct Brands

Anheuser-Busch offered a brief comment to reporters indicating that the company is planning on aggressively fighting the lawsuit and protecting its own trademark rights. Even though this product was not actually launched until last year, the large beer-maker originally registered the ‘Patagonia’ trademark back in 2012.

To prevail in a trademark infringement claim, defendants generally need to push back on the point that the ‘offending’ mark is likely to confuse reasonable consumers. In this case, Anheuser-Busch will undoubtedly focus on the fact that Patagonia is an apparel company and not a beer maker. In addition to that, they may argue that Patagonia is a region of the world, and that the term is generally associated with a type of outdoor ruggedness that extends beyond the clothing company’s branding.

Unless a settlement can be reached by these two companies, then it will be up to a court to determine if Patagonia’s trademark rights have been violated. Ultimately, the fundamental issue that will decide this case is the following: if the Patagonia beer from Anheuser-Busch is too similar to Patagonia clothing company’s brand to be clearly distinguished by reasonable consumers.

At Pike & Lustig, LLP, our Florida trademark litigation lawyers are committed to providing strong, sophisticated legal representation to individuals and businesses. We are a solutions-oriented law firm. To set up a confidential review of your trademark law case, please contact us today. With offices in Miami and West Palm Beach, we serve clients throughout the wider region.