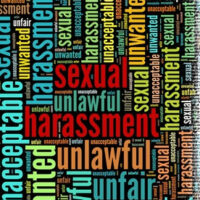 The California Department of Fair Employment and Housing filed a lawsuit against CBS, Disney and producers of the Criminal Minds TV show.

The complaint alleges that the team allowed sexual harassment to occur on the set, and during the creation of the show. The lawsuit further alleges that a cinematographer, who worked on the show for 14 years, was allowed to remain employed, even though the suit alleges that producers knew the cinematographer had made advancements on other men, and then fired those who resisted those advances.

The lawsuit states that the companies allowed the cinematographer to create a hostile working environment. The lawsuit is asking for back pay for those employees who were allegedly wrongfully fired.

An investigation revealed that the cinematographer on the set had engaged in a pattern of unwanted sexual advances, unwanted sexual touching, and kissing other men. The suit states that the behavior was not hidden, but rather, was out in the open, such that people (including supervisors) knew of the behavior.

When employees rejected the advances, they were fired. Producers of the show, and executives at CBS and Disney, the suit says, approved of the firings-or at least, did nothing about them.

Although some employees did make complaints to supervisors, according to the lawsuit, those complaints often went unheeded or led to no discipline, and the lack of action by the Defendants actually helped hide or conceal the behavior by the cinematographer. Not until the allegations became public did the companies do anything about the behavior.

The sexual harassment suit against the companies has turned into a class action lawsuit.

Disney has contested the issue of commonality—that is, that all members of the class suffered the same kind of injury, a requirement to have a class action lawsuit. They say that the allegations the victims are making, and the injuries they claim to have sustained, are too vague. With such vagueness, the Defendants argue they are unable to even defend themselves against the claims being made.

They point to the fact that the lawsuit alleges that the class is on behalf of potentially everyone who ever worked on the show, meaning there is no identifiable group that has sustained injury or harm—over 10,000 people worked on the show over its 14 year run.

The case is still pending, and no ruling or decision has been made as to its allegations.

Call the West Palm Beach employment law attorneys at Pike & Lustig to help you if you are involved in any kind of employment discrimination lawsuit.