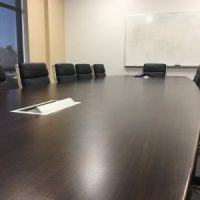 According to a report from ABC News, Twitter will pay $809.5 million to settle a shareholder lawsuit. The settlement pertains to a consolidated class action case that was filed over allegations that the social media giant misled investors on key user-related metrics. Twitter has consistently denied any intentional or willful misconduct, though the company has previously acknowledged mistakes with its user data. In this article, our West Palm Beach shareholder dispute lawyers provide a more detailed account of the agreement.

In September of 2016, a group of shareholders filed a lawsuit against Twitter. According to the allegations raised in the complaint, the social media platform was misrepresenting some of its most important user metrics. Among other things, the shareholder lawsuit alleged that:

These are key metrics because the success of a social media company is determined, in large part, by how many people use the service. Since 2016, the case has had a somewhat complex legal history. It became a consolidated class action shareholder dispute.

For its part, Twitter has publicly admitted to some issues with its user metrics. Starting back in 2017, the company’s leadership acknowledged problems. However, the company denied that the misstatements were intentional. According to Twitter, the company inadvertently miscounted its users by including segment data from certain third party applications.

In effect, Twitter was counting users that were not actively interacting with the social media platform. Instead, the third party users in question typically had the application on the phone or device. While installing, it was interacting with certain party applications indicating use that was not actually occurring.

ABC News reports that the proposed shareholder dispute settlement has been agreed to in principle by the key parts. That being said, it has not taken effect yet. In accordance with state and federal regulations, the settlement in question must be signed off by a judge.

Under the terms of the settlement as it is proposed, Twitter will pay $809.5 million in compensation to affected shareholders. Without admitting any wrongdoing, the social media company will be released from all potential shareholder claims related to the misstatement of user metrics.

Get From a Shareholder Dispute Attorney in South Florida

At Pike & Lustig, LLP, our Florida shareholder rights lawyers are skilled, results-centered advocates for our clients. Where others see problems, our team sees an opportunity for solutions. No matter the specific circumstances that you are dealing with, we are prepared to help you find reliable answers. Call us now for a fully confidential, no commitment review of your case. We represent clients throughout South Florida from our office locations in West Palm Beach, Wellington and Miami.