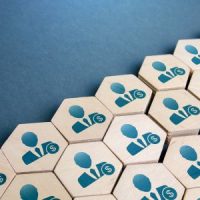 In early April, Tesla and SpaceX CEO Elon Musk announced that they obtained a 9.2 percent stake in Twitter, making him the social media giant’s single largest shareholder. Since that time, there has been some major conflict between Mr. Musk and Twitter’s Board of Directors. Mr. Musk is now reportedly amassing an offer to purchase the company.

In addition, he is also facing a lawsuit for one of Twitter’s previous shareholders. According to a report from Axios, a Twitter shareholder alleges that Mr. Musk violated federal securities regulations by failing to disclose his large stake in the company earlier. Here, our Miami shareholder disputes attorney explains what we know about the lawsuit a shareholder filed against Elon Musk.

The Allegations: Shareholder Suffered Damages Due to Delayed Disclosure

The plaintiff in this case is an individual shareholder of Twitter named Marc Bain Rasella. He sold a significant amount of shares of the social media company in late March. Mr. Rasella filed a class action securities lawsuit against Elon Musk in the United States District Court for the Southern District of New York. The shareholder complaint states the following allegations:

On April 4th, 2022, Elon Musk publicly announced that he owned nearly ten percent of Twitter. On the news, the stock immediately jumped 25 percent. The shareholder lawsuit being pursued in New York alleges that anyone who sold Twitter shares between March 24th and April 4th of this year missed out on gains they were entitled to because of Mr. Musk’s delayed disclosure.

Shareholder Relations is Complicated: The Twitter/Musk Sage is Only Beginning

Shareholder law and shareholder relations are complicated. Large public companies like Twitter and closely-held private corporations in South Florida often need to navigate complex issues involving shareholders. It is clear that the saga involving Elon Musk and his attempted takeover of Twitter is only beginning. Shareholder rights and corporate governance responsibilities will have a major impact on how this matter plays out. Still, regardless of the size of the company or the complexity of the dispute, it is always best to take a proactive approach in a shareholder dispute.

At Pike & Lustig, LLP, our Florida commercial law attorneys are qualified to handle all types of shareholder disputes. If you have questions about shareholder rights, we can help. Our law firm has experience working with both companies and shareholders in complex matters. Contact us today to arrange your strictly confidential appointment with a lawyer. Our law firm handles shareholder disputes throughout South Florida, including in Miami, Fort Lauderdale, and West Palm Beach.