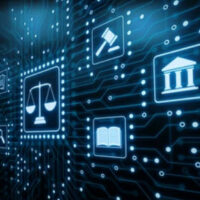 Under the Florida RICO (Racketeer Influenced and Corrupt Organization) Act, a plaintiff can bring a civil claim to seek financial damages caused by a “pattern” of racketeering activity. Florida’s RICO law shares many similarities with the federal RICO statute. In fact, Florida legislators mirrored the state RICO law after the federal statute.

That being said, state and federal law is not identical. As many civil RICO plaintiffs simultaneously  assert both federal and state causes of action, it is important to know the difference between the laws. In this article, our Miami RICO claims lawyers highlight two key differences between federal RICO law and Florida RICO law.

Plaintiffs considering filing a civil RICO lawsuit should always be proactive. You do not want to have your claim dismissed without a hearing. Nonetheless, it is important to know that Florida’s state statute of limitations is somewhat less restrictive than federal law.

Another important difference between federal RICO law and Florida RICO law is that the legal standard of proof is not identical. It is actually somewhat easier to prove a RICO violation under federal law than it is under Florida law. Here is an overview of the difference:

At Pike & Lustig, LLP, our Florida civil RICO attorneys have the experience and expertise that you can trust for results. If you have any questions about the intersection between federal and state RICO laws, we are here to help. Call us right away for a confidential evaluation of your case. We provide legal services to individuals and businesses throughout South Florida, including in West Palm Beach, Palm Beach Gardens, Fort Lauderdale, Miami, and Miami Beach.