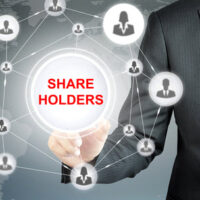 According to reporting from the Insurance Journal, Alphabet Inc.—the parent company of Google—must face a lawsuit from shareholders. Overturning the decision of a lower court, the United States Court of Appeals for the Ninth Circuit found that the plaintiff’s claims raised a “strong inference” that Google’s top leadership improperly concealed securities risks. Here, our West Palm Beach shareholder disputes attorneys provide an overview of the decision from the appeals court.

In 2018, Google was subject to a significant cybersecurity breach. The breach affected the company’s now defunct Google+ social media platform. The shareholder lawsuit centers around allegations that the multinational technology giant improperly and intentionally concealed the nature and scope of that security breach from customers and investors.

The lead shareholder in the case is the State of Rhode Island. The Employees’ Retirement System of Rhode Island (the state’s pension fund) is a heavy investor in Google. Notably, Google+ was shut down shortly after the data breach. The shareholder lawsuit contends that one of the primary motivations for ending Google+ was to conceal the fact that private user data was exposed.

Appeals Court Decision: Shareholders May Bring Lawsuit Against the Company

As the lead plaintiff in the case, the State of Rhode Island brought a so-called “scheme liability claim” against Google. In effect, a “scheme liability claim” argues that the company or its directors bear responsibility based on the totality of their actions—not on any single statement. At the trial stage, the shareholder lawsuit was dismissed for procedural reasons.

However, on appeal, a three member panel of the Ninth Circuit reserved the initial decision. The court has determined that the shareholders have pleaded sufficient allegations for the case to move forward. Specifically, the appeals court found that Rhode Island can pursue a “scheme liability claim” on the grounds that Google’s top leadership:

As with other shareholder lawsuits, the Employees’ Retirement System of Rhode Island will only be entitled to recover financial compensation if it can prove that actual losses were sustained as a consequence of the misconduct on the part of Google. When bringing a shareholder claim, plaintiffs should always focus on building a strong case that demonstrates both liability and damages. If you have any specific questions about proving damages in a shareholder lawsuit, an experienced Florida attorney can help.

At Pike & Lustig, LLP, our South Florida shareholder rights attorneys have deep litigation experience. We will protect your rights and help you find the best solution—no matter the situation you are currently dealing with. If you want more information about shareholder disputes, we are here to help. Call us now for a fully private consultation. Our firm handles shareholder disputes in West Palm Beach, Miami, and throughout Southeast Florida.