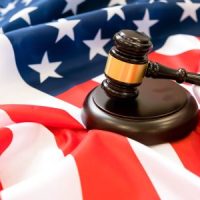 We often hear of people being called or accused of being “whistleblowers.” But what does that actually mean? When can an employee sue a business under federal whistleblowing laws?

What Does the False Claims Act Do?

Why Claims are Filed

Employees often file false claims acts lawsuits because they are often privy to things that businesses do, that violate government laws. For example, an employee may be aware that the business is charging a government agency more money than can legally be charged, is committing tax or securities fraud, or that a company is billing Medicare or Medicaid more than what should be billed.

An employee who files this claim, or brings it to the government’s attention, can often get financial rewards from the government. Generally, the information provided must be based on private, non-public information

If the government opts not to join in, you can still pursue the action on your own. Under the False Claims Act, you may be able to recover three times whatever was stolen from the government. If the government does join the case, and wins, you, as the person who started the lawsuit, may receive about 15-25% of the total damages sustained by the government.

Employees who file these claims cannot be retaliated against—in fact, if an employee who reports that a company is doing something illegal against the government is retaliated against, the employee can sue the company for twice the back pay lost because of the firing as well as other damages.

That means there are really two lawsuits—one, where the employee files a lawsuit against the company for wrongdoing, and the other which the employee files in the event he or she is discriminated against, for bringing the lawsuit, or for reporting the fraud or crime to authorities.

Call the West Palm Beach employment law attorneys at Pike & Lustig today for help if you have an employee or labor related lawsuit or claim.