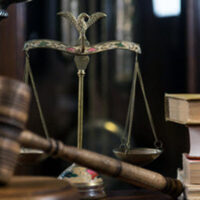 Most people, at least most people in the law, know what the Fifth Amendment says. It is the amendment to the constitution, included in the original Bill of Rights, which protects us against testifying against ourselves, otherwise known as the prohibition against self-incrimination.

Criminal vs. Civil Case Use of the Fifth Amendment

There is an absolute right to assert the fifth amendment in civil or business law cases. The Fifth Amendment is properly used where information requested by the other side, could lead to , or may tend to lead to, incrimination. However, there are certain rules and consequences of invoking the Fifth, that those who assert the privilege, must be made aware of.

It is not enough that someone “thinks” an answer to a given question will incriminate him or her. Objectively, the Court must determine that the question or request would result in self-incrimination if answered, regardless of how the person being asked may feel.

This is different than in criminal court, where a Court has much less leeway to determine if invoking the Fifth Amendment is appropriate or not.

Simply invoking the fifth amendment to question after question can lead to problems for parties, if the right is not being asserted in good faith. Whereas, in criminal court, the court usually will not evaluate every single question to see if invoking the privilege is appropriate.

Call Pike & Lustig, LLP, at 561-291-8298. Our West Palm Beach business litigation lawyers try cases in court for businesses, employees, independent contractors, and anyone else who has a business related case.

By Michael Pike and Daniel Lustig | Posted on November 2, 2020