What Are The Damages When A Contract Is Breached? 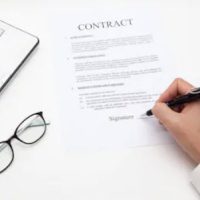 When we talk about contracts we usually talk about how they are formed and how to best draft them to protect our interests. But what about remedies? In other words—what can you get as damages in a breach of contract case? There are a lot of different kinds of contractual damages, but not every kind of contract allows you to get very kind of damage.

Specific performance is somewhat limited because of constitutional restrictions on slavery and indentured servitude. In other words, if you don’t paint my house and I want you to, a court can’t order you to paint my house. It can’t make you take an action or do work that you don’t want to do.

Generally, money damages put you in the position that you would have been, had the contract been performed—monetarily, that means you get paid what you should have been paid, or else you get money value for whatever value was lost by the failure of the other side to perform under the agreement. This is the most common type of contractual damage and is just a calculation of what you lost due to the breach.

Sometimes, a party can get consequential damages. These are damages that are not directly lost because of the breach but which were indirectly caused by the breach. For example, let’s say I paid you $10,000 to fix the parking lot of my business and you don’t do the job. I certainly could collect the $10,000 I paid. But I may also be able to collect the lost money in business sales caused by my parking lot remaining unfixed or unrepaired.

Restitution is just a refund of moneys paid under an agreement that was breached. It is simply a refund and nothing more.

Rescission is essentially revoking a contract. It “turns back time,” and pretends the contract never happened, putting the parties back into the position they were before the contract was formed. Often, this can include restitution to the party that paid money.

Punitive damages are not often awarded in breach of contract cases. However, they may be awarded in cases where there is some kind of fraud or deception involved. You will need to plead specific evidence of what the fraud was to get punitive damages.