What Is A Fraud In The Inducement Claim? 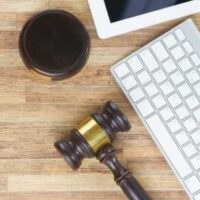 But there is one exception to this rule: Fraud in the Inducement. When representations are made before a written contract is entered into, and those representations were made intentionally, they are false, and they are made to induce a party to enter into the agreement, the other party may have what is called a fraud in the inducement claim.

What Constitutes Fraud in the Inducement?

Fraud in the inducement requires a showing that:

The Facts Must be Different

In fraud in the inducement claims, one party’s ability to freely enter into a contract, and negotiate the pros and cons of the contract, are undermined by the pre-contract false statements of the other party.

The misrepresentation must go to a material fact. That means that a reasonable person wouldn’t have entered into the contract, had the truth been told.

Predictions about things that may happen in the future (“this product will last forever”), will not be misrepresentations that constitute a fraud. The misrepresentations must relate to something that existed, or which could be known, at the time of contracting.

With fraud in the inducement claims, the party suing will usually allege rescission. Rescission is like “turning back the clock,” in that it seeks to undo the contract, and put both parties back in the position that they were before the contract was signed.

Have you been a victim of fraud of any kind? We can help. Call the West Palm Beach business litigation lawyers at Pike & Lustig today.