What is a Wrongful Death Suit? 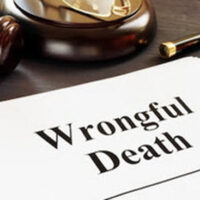 On Jan. 26, 2020 a helicopter crash killed Kobe Bryant, his daughter and six other passengers heading to a girls’ basketball tournament. The National Transportation Safety Board has now come out to report that the pilot who crashed the helicopter made a series of poor decisions that led him to fly blindly into a wall of clouds where he became so disoriented he thought he was climbing when the craft was plunging toward a Southern California hillside, according to federal safety officials

Well before this announcement, however, Bryant’s wife, Vanessa, along with the families of the other victims onboard, filed wrongful death suits against the helicopter company and the pilot who caused the crash. The victims’ families argue, among other things, that pilot failed to properly assess the weather before taking off that morning and should have aborted the flight when he encountered the poor conditions. They also claim that Island Express Helicopters, which owned and operated the helicopter, is negligent because it did not have “an adequate safety policy for cancellation of flights into known unsafe weather conditions.”

But what exactly is a wrongful death suit and on what grounds can one be filed – and by whom? A wrongful death suit is a civil lawsuit that may be brought to court when the negligence or wrongful act of one party causes the death of another person. When a loved one dies due to the negligent, reckless or deliberate behavior of another, the surviving family members may be entitled to collect monetary damages for their loved one’s untimely death.

Civil lawsuits require grounds, and the premise behind a wrongful death lawsuit is that the deceased person not only lost his life due to someone else’s negligence, or intentional act, but that his family members were directly impacted emotionally and financially due to his death. State laws dictate who can file a wrongful death lawsuit: surviving spouses and children can file in all states however extended family members, including grandparents and siblings, can also file in some states as well.

In Florida, Statutes section 768.21 sets out the state’s rules for awarding damages in a wrongful death lawsuit. Damages that surviving family members may receive in these kinds of cases include:

The deceased person’s estate may also recover certain types of damages. These include: