What Is Drug-Impaired Driving? 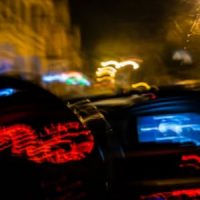 There has been far less research on drug-impaired driving compared to alcohol-impaired driving, probably because DUI’s are so much more prevalent. But one large factor leading to the increased interest in addressing the problem of drug-impaired driving, is the decriminalization and legalization of marijuana in many states across the US. We must note that a positive drug test does not necessarily indicate “impairment.” The level of drugs detected may have been too low to be “impairing.” Because drugs can be detected in oral or blood tests long after their effects have diminished, such as marijuana, which can be detected for 30 days or longer among heavy users, it is difficult to pinpoint cause should there be a car accident.

Driving after marijuana use seems to be more prevalent among high school students than drunk driving. The 2017 High School Youth Risk Behaviors Survey reported that 13% of all respondents admitted to driving one or more times after using marijuana during the 30 days before the survey, in contrast with only 5.5% who reported driving after drinking. A 2017 survey found that 91% of the respondents consider driving after using illegal drugs to be a personal safety threat However, three roadside surveys found some drivers had detectable levels of one or more drugs in their systems.

2007 NRS. (Testing positive for THC does not necessarily imply impairment, since THC can be detected in the blood weeks after psychoactive effects have ended.)

According to the NHTSA, “even though drugs are often detected among drivers involved in crashes, this does not necessarily imply that drug impairment played a causal role in the crash. Not all testing is comprehensive in that some drugs may not be detected either because the tests are insufficiently sensitive or the right tests are not conducted despite other evidence of a drug being present. Currently, the evidence is mixed on whether cannabis and benzodiazepines increase crash risk, and fewer studies have examined the risks associated with stimulants, opioids, and other drugs.”

By Michael Pike and Daniel Lustig | Posted on September 17, 2021