What Is The Difference Between A Criminal RICO Case And Civil RICO Case? 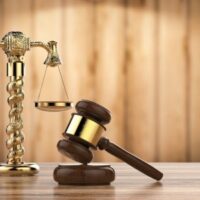 The federal Racketeer Influenced and Corrupt Organizations (RICO) Act and the federal Florida Racketeer Influenced and Corrupt Organization (RICO) Act are both complicated and frequently misunderstood. One of the main points of confusion is that there are criminal and civil RICO statutes in place. Here, our Miami RICO claims lawyers provide a brief history of the law and explain the key differences between a criminal and civil RICO case.

A Brief History of RICO

The federal RICO Act was signed into law by President Richard Nixon in October of 1970. The primary purpose of the statute was to focus on unlawful conduct broadly described as ‘racketeering.’ The U.S. government defines racketeering as a coercive, fraudulent, or otherwise illegal business activity.

The federal RICO Act and its state counterparts, including the Florida RICO Act, were enacted in an effort to close a long-standing loophole. Prior to RICO, there was a concern that individuals involved in illegal enterprises could avoid criminal prosecution and personal liability by directing others to carry out the offense.

This is why RICO is most often associated in popular culture with organized crime. RICO laws were used to take on suspected leaders of criminal gangs, such as John Gotti. At the same time, the RICO ACT has been used many times in cases involving legitimate businesses and organizations, including Major League Baseball, AccessHealthSource, and even the Key West, FL Police Department.

Why Makes a Civil RICO Case Different from a Criminal RICO Case?

Federal or state prosecutors can pursue criminal RICO charges against a defendant alleged to have engaged in unlawful racketeering activity. There may be corresponding civil RICO cases. Alternatively, a civil RICO lawsuit may be filed without any related criminal charges. Here are three key things that make civil RICO cases different from their criminal counterparts:

At Pike & Lustig, LLP, our Florida RICO lawyers are passionate, reliable advocates for our clients. If you have any questions about filing or defending a civil RICO claim, we are here as a resource. Our law firm finds solutions for clients. Call us now to arrange a confidential appointment with an attorney. We handle civil RICO litigation in Miami, West Palm Beach, and throughout all of South Florida, including in Miami-Dade County, Broward County, Palm Beach County, and Martin County.