What Is The “Family Member” Evidentiary Presumption? 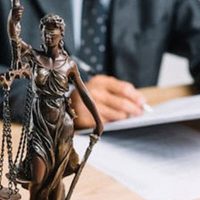 Nobody relishes the idea of suing family members. But families aren’t perfect, and they often are involved in business transitions or contracts with each other, and sometimes, family relations get hostile.

How the Presumption Started

The presumption has been Florida law since the late 1800s. The case that started the presumption arose from when a woman sued her elderly father, alleging that her father promised to pay her for housecleaning services that she had performed.

She sued her father, but the court said that in order to recover against the father, she had to show an “express promise” or a “special contract” or an “implied promise” that documented the agreement to be paid for the services.

The court said that even though the daughter was an adult, the law presumes that one member of a family is not bound to pay another member of a family for services, and the court will not assume that such a contract ever existed, so long as both the child and parent (or any family members alleging there is a contract between them) are living in the same household.

What is a “Special Contract?”

By saying there must be a “special contract,” courts have said that this means that the contract has to be different from ordinary contracts relating to the same subject matter.

There must be something unique or out of the ordinary about the family member contract to make it enforceable. The terms of the agreement have to be express—they can’t be assumed, such as saying “I assumed dad was going to pay me to clean.”

It is also important to note that many of the cases that apply the presumption do so in the context of household services–for example, a son agrees to take care of an aging or disabled dad in return for dad giving the son X Y or Z.

The presumption has not been applied in a business context, such as, for example where father and son live together but the contract between them is business related. Take, for example, a son doing IT work for dad’s work computer, and dad doesn’t pay the son. That may be a situation where the presumption does not apply.

Presumptions Can be Overcome

Additionally, these are just presumptions. Even if there is a presumption that a contract between a live-in child and a parent is not enforceable, that doesn’t mean that the contract itself is unenforceable. Like any presumption, it just means that the party seeking to overcome the presumption, and enforce the agreement, would need to put forth sufficient evidence to show the agreement existed, and its terms.

No matter who you have a legal case against, we can help you accomplish your legal goals. Call the West Palm Beach commercial litigation attorneys at Pike & Lustig today.