What is the Miami International Commercial Arbitration Court (MICAC)? 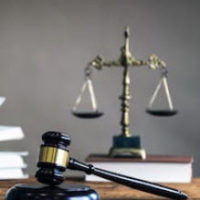 For a number of different reasons, companies may choose to arbitrate commercial disputes. As explained by the American Bar Association (ABA), arbitration is a form of alternative dispute resolution that has the potential to be faster, less expensive, and more efficient than traditional litigation.

In recent years, Miami has become a hub for international business arbitration — this is thanks in large part to the creation of the Miami International Commercial Arbitration Court (MICAC). In this article, our Miami arbitration attorneys explain the most important things that companies need to know about the MICAC.

When and Why Was the Miami International Commercial Arbitration Court Created

The MICAC was established in December of 2013. This brand new arbitration court was created in response to a proposal from several prominent arbitrators in South Florida. Arbitration experts made a compelling case that our region was in need of a venue to hear specialized, often highly complex international business disputes.

The Miami International Commercial Arbitration Court is a part of Florida’s state court system. It follows the same general procedural rules as other arbitration courts in the state. Notably, the MICAC is one of only three arbitration courts in the entire country that are dedicated solely to hearing international commercial cases — the other two courts being in New York City and Atlanta.

What Types of Cases Go Before the MICAC?

The majority of the business cases that go before the MICAC are linked, in some form, to Latin America. For relatively straightforward geographic and economic reasons, Miami has become a commercial hub for companies doing business all across Latin America. It makes sense that Miami is the place where many disputes can be settled. Beyond its proximity to Latin America, the MICAC is also known for providing additional bilingual support for those who primarily speak Spanish.

To be clear, MICAC is not merely restricted to hearing international claims that arise out of Latin American markets. It may be the appropriate venue to resolve any international commercial dispute with ties to South Florida. For example, in 2015, the MICAC handled a case between the South Korean-based multinational corporation Samsung and one of its Miami-based distributors.

Get Help From Our Miami Business Arbitration Lawyers Today

At Pike & Lustig, LLP, our Florida arbitration attorneys are committed to providing businesses in Miami effective, attentive legal representation. If you have any questions or concerns about international business arbitration in Miami, we are here to help. For a fully confidential initial consultation, please call us today at 561-291-8298 (West Palm Beach) or at 305-985-5281 (Miami).