What is Tort Law? 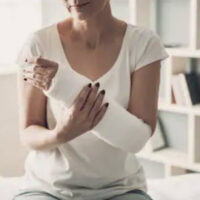 If you’ve ever heard of someone discussing tort law and find yourself having no idea what they’re talking about, you’re not alone. Outside of the legal profession, most people have no reason to know what a tort is, and they’re lucky if they don’t have to find out. However, if you do find yourself with what you think may be a personal injury case, you may want to familiarize yourself. As defined by The Legal Information Institute: A tort is an act or omission that gives rise to injury or harm to another and amounts to a civil wrong for which courts impose liability. In the context of torts, “injury” describes the invasion of any legal right, whereas “harm” describes a loss or detriment in fact that an individual suffers.

The primary aims of tort law are to provide relief to injured parties for harms caused by others, to impose liability on parties responsible for the harm, and to deter others from committing harmful acts. Torts can shift the burden of loss from the injured party to the party who is at fault or better suited to bear the burden of the loss. Typically, a party seeking redress through tort law will ask for damages in the form of monetary compensation. Less common remedies include injunction and restitution.

The boundaries of tort law are defined by common law and state statutory law. Judges, in interpreting the language of statutes, have wide latitude in determining which actions qualify as legally cognizable wrongs, which defenses may override any given claim, and the appropriate measure of damages. Although tort law varies by state, many courts utilize the Restatement of Torts (2nd) as an influential guide.

There are numerous specific torts including trespass, assault, battery, negligence, products liability, and intentional infliction of emotional distress. There are also separate areas of tort law including nuisance, defamation, invasion of privacy, and a category of economic torts.” However, there are many kinds of torts, so much so that most lists out there are incomplete. Therefore, you should always contact a personal injury law attorney who can guide you through the legal process and get you what you deserve.

By Michael Pike and Daniel Lustig | Posted on February 4, 2021