What To Know About Shareholder Agreements And Mandatory Arbitration 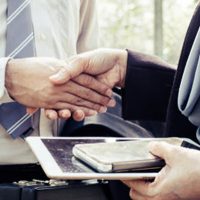 Background: Arbitration is a Private Process to Resolve Disputes

To start, it is important to understand what arbitration is and how it works. It is a form of ADR (alternative dispute resolution) that involves parties going before a neutral arbitrator who is empowered to make a decision. Each side will be given a chance to present their case before the arbitrator. The arbitrator’s decision is generally binding.

Florida Law: A Forced Arbitration Clause Can Be Enforced (But Not for Fraud Claims)

A large share of modern shareholder agreements contain an arbitration clause. In recent years, a lot of questions have been raised about whether or not these clauses are enforceable. If you sign a shareholder agreement with a forced arbitration provision do you actually lose your right to litigate a dispute? The answer depends on many factors. Florida courts have weighed in on this matter before. While every case involves its own set of facts and circumstances, the general standard for shareholder disputes and mandatory arbitration provisions in Florida is as follows:

The Terms of the Shareholder Agreement is Critically Important

At Pike & Lustig, LLP, we are committed to helping our clients find the most effective solution for their case. If you are involved in a dispute over the alleged breach of a shareholder agreement and you have any questions about a mandatory arbitration clause, we are here to help. From our law offices in Miami, West Palm Beach, and Wellington, we handle shareholder disputes, commercial litigation, and business arbitration claims throughout Southeastern Florida.