When Does Comparative Advertising Cross the Line? 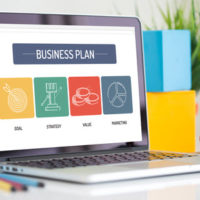 Advertising Must Be Truthful and Non-Deceptive

First and foremost, comparative advertisements are held to the same general standards as are other advertisements. Under the Section 43(a) of the Lanham Act, all advertisements must be truthful and free from deception. Of course, this does not mean that businesses are prevented from ‘talking up’ their products; quite the contrary. However, as Florida courts have consistently noted, the talking up of a product or service must be fully truthful or limited to ‘mere puffery’. For example, when Budweiser refers to its product as the “King of Beers” that is an acceptable form of advertising because that statement does not mislead consumers. It is both vague and subjective, and it does not create a false impression in the mind of a reasonable consumer. Likewise, if a candy company touts its product as ‘having a great taste’ that too is acceptable.

Comparative advertising can be used to tout a product or a service, but deception is not allowed. For example, imagine that a candy company created an advertisement that stated that their product was “more tasty than the Brand B”. Once again, that statement is acceptable as it is subjective. However, if a candy company created an ad about how their company won a blind taste test against competitors, that ad could only be used if a blind taste test actually occurred. Companies may not create false facts to sell their products. Ultimately, that is the key thing that businesses must remember when creating comparative advertisements. False facts or collective information that creates a false sense in the mind of a reasonable consumer is violation of fair trade practices. In comparative advertisements, companies must stick to truthful statements or subjective claims. If a statement in your firm’s ad can be proved to be false, you should remove that statement from your ad. Otherwise, you company may run into serious legal trouble and the financial repercussions could be harsh.

At Pike & Lustig, LLP, our West Palm Beach business law attorneys have handled many misleading and false advertising claims. If your business has been the victim of another firm’s false comparative advertising, or if business if facing a false advertising lawsuit, please give us a call today at 561-291-8298. We will review your claim free of charge. Our team proudly represents companies throughout South Florida, including in Miami, Coral Gables and Fort Lauderdale.