Where Can Your Business Be Sued? More Places Than You Think 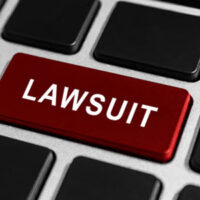 The law and the constitution say that someone can only be sued in states where they have had what are known as “minimum contacts.” The law asks whether it is foreseeable that you could be sued in a given state, and whether it is fair for you to be sued somewhere else.

Any type of benefit can constitute a minimum contact with a given state. It can be making sales to end use consumers, or contracting with other suppliers, providers, or contractors. Certainly, renting property in another state or maintaining financial accounts in other states, can subject you to the laws of that state as well.

Advertising can create some problems, but the good news is that just because your marketing materials or ads may be seen everywhere—such as when you advertise on the web, or on a social media platform—that doesn’t automatically mean you can be sued anywhere. The question is whether you specifically targeted a state or its residents in your marketing campaign or materials.

Where You Can Be Sued: It Matters

Knowing where you can be sued, and limiting your exposure, is a big deal that should not be overlooked.

Having to defend a lawsuit in another state can be expensive, burdensome, and risky. You may not be able to use the lawyers that you are comfortable with, and instead, may need to find business attorneys you may have never met, and who are likely located wherever the lawsuit is filed.

You may have a general familiarity with Florida business laws, but you may be totally unfamiliar with the laws in the state that you are sued.

Additionally, everything becomes a significant expense. Appearing for hearings or depositions now involve travel, and the attendant costs, and time away from your business to attend these court proceedings.