Who is Responsible for an Accident Caused By a Malfunctioning Traffic Light? 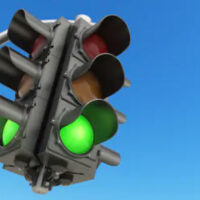 First and foremost, all drivers should know that Florida has laws in place to deal with malfunctioning traffic lights. Under Florida Statutes § 316.1235, a broken or otherwise non functional traffic signal immediately becomes a stop sign for the purposes of state law. All motorists approaching an inoperative stop light are required to treat it with a heightened level of care and pass through it in the same manner that they would if a stop sign was present. Motorists should:

Should an accident occur, any driver who failed to comply with their duties under Florida Statutes § 316.1235 may be liable for the collision. An investigation should be conducted to determine exactly what happened and why. If you were injured in a crash at a malfunctioning stop light and you are now involved in a dispute over fault, contact an experienced Florida auto accident attorney right away.

The government put the traffic light up and it has the responsibility to maintain it. As such, you may think that a state or local government agency should be held liable when something goes wrong with a stop light. Although it is certainly possible to bring a car accident claim against the government, it is a relatively limited remedy. The government is not automatically liable for accidents caused by a malfunctioning traffic light. Fault usually falls on a driver.

That being said, there are some circumstances in which the government can be held legally liable for a crash caused by a malfunctioning traffic signal. As a general rule, a government entity in Florida will only be held responsible for this type of accident if they were aware that the traffic light was inoperative, had a reasonable opportunity to fix it, and recklessly failed to do so. If a nasty storm knocks a traffic light out, the government is unlikely to be liable for a crash that occurs a few hours later. However, if that light remains unrepaired and addressed week after week, that may be a different story.

At Pike & Lustig, LLP, our West Palm Beach auto accident attorneys provide reliable, effective representation to injured victims. If you or your loved one was hurt in a crash caused by a malfunctioning traffic light, we can help. Call us now for a free consultation. We represent car accident victims throughout all of southeastern Florida, including in West Palm Beach, Miami, and Fort Lauderdale.