Why Are So Many Shareholder Lawsuits Filed In Delaware? 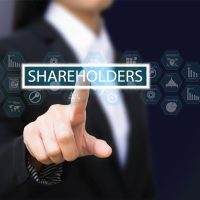 Ranked 45th out of 50 in total population and lacking truly major cities, Delaware is not an obvious candidate to be the home to many of the nation’s largest corporations. Yet, a substantial portion of the most prominent businesses in the United States incorporated in Delaware. There are several different reasons why so many big companies call Delaware “home.” Here are the two main reasons:

Shareholder litigation is notoriously complex. For shareholders, there are often questions about where a claim should be filed. A shareholder (or class of shareholder) can file a lawsuit in any state that has jurisdiction over the case. Jurisdiction can sometimes be a complicated issue to work out in a corporate law case. In general, a state will have jurisdiction to hear a shareholder dispute if any one of the following three factors applies:

Do You Need Help With a Shareholder Dispute in Southeastern Florida?

We are more than ready to help protect your rights. At Pike & Lustig, LLP, our South Florida shareholder law attorneys have the professional expertise that you can count on. If you have questions about shareholder disputes and jurisdiction, we can help. Get in touch with us by phone or send us a direct message to set up your strictly private consultation. Our firm represents shareholders in Miami, West Palm Beach, and throughout the wider region in South Florida.