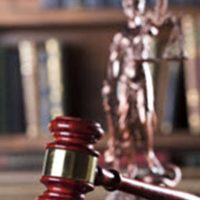 Through a federal or state civil RICO claim, a plaintiff can hold a business, organization, or other enterprise legally liable for damages caused by racketeering activity. As RICO allows for the recovery of treble damages, it is a strong legal tool for parties who suffered losses due to a pattern of unlawful racketeering activity.

What is a Legal Pleading?

The Cornell Legal Information Institute defines a pleading as “the beginning stage of a lawsuit in which parties formally submit their claims and defense.” Among other things, pleading provides notice to a defendant that a lawsuit has been filed. During the pleading stage, the plaintiff must file a complaint. It is one of the most important aspects of a lawsuit, as it frames the entire case.

Many Civil RICO Claims are Dismissed at the Pleading Stage

In many civil RICO claims, the defendant will respond to the complaint with an immediate motion to dismiss. While every case is different, the motion to dismiss filed in most civil RICO lawsuits is based on the plaintiff’s alleged “failure to state a claim on which relief can be granted.”

In effect, this means that the defendant is arguing that, even if accepted as true, the plaintiff’s version of the events do not constitute a civil RICO violation. RICO’s pleading requirements are so complicated that a large share of civil RICO lawsuits are simply dismissed at the pleading stage.

How to Plead a Civil RICO Case in Florida

Whether you are filing a state or federal lawsuit, the civil RICO pleading requirements are notoriously strict. Courts are clear: RICO laws are not meant for “mere fraud” nor are they meant for other civil violations. There are strict standards to which a plaintiff must plead in their initial complaint in order to have the civil RICO lawsuit move forward. Specifically, you need strong, well-supported evidence that:

If there is no “pattern of racketeering activity” or there is no “enterprise”, the civil RICO lawsuit will be dismissed at the pleading stage on the basis of failure to state a viable claim. As noted previously, this happens in many civil RICO lawsuits. It is imperative that you work with an attorney who can help you build a compelling case.

At Pike & Lustig, LLP, our South Florida commercial litigation lawyers have the specialized skills and experience to represent clients in civil RICO claims. If you have any questions about the pleading stage of a RICO case, we are more than happy to help. From our offices in Miami and West Palm Beach, we handle state and federal RICO claims throughout Southeastern Florida.

By Michael Pike and Daniel Lustig | Posted on September 24, 2021