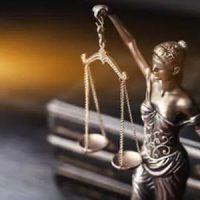 As we’ve previously discussed, the Supreme Court weighed in on a Florida personal injury lawsuit ruling 7-2 against the victim’s family, thereby allowing Florida to recover hundreds of thousands of dollars in settlement funds earmarked for the woman’s medical care. Since then, there has been much speculation over allowing state Medicaid programs to collect a greater share of personal injury awards. Experts say the justices’ broad reading of the Medicaid statute will discourage beneficiaries from taking the risk of filing lawsuits in the first place.

In the case of Gallardo v. Marstiller, the high court affirmed the ruling of the U.S. Court of Appeals for the 11th Circuit and held that states providing care to Medicaid patients can seek reimbursement from personal injury settlement money allocated for the patient’s future medical expenses.

The dispute centered on Florida’s share of the $800,000 settlement. Florida said it was entitled to 37.5% of the settlement ($300,000), which is the percentage set by the Medicaid statute for past and future medical expenses. And the Court agreed.

Personal injury lawyers now argue the ruling could dash personal injury lawsuit claims that are on a lesser scale. On cases as big as the one, it makes sense to file a suit that could lead to an $800,000 settlement, even if the state gets 37.5%. However, that is not always the case for smaller claims in which that percentage claws back enough money to question whether filing a personal injury lawsuit is the best move. This is especially true in states like Florida because we only require motorists to carry $10,000 in liability insurance per vehicle.

The ruling could also mean less money for state Medicaid programs if they discourage the mass of Medicaid-involved lawsuits from being filed. The result would be a reduction in total recoveries by state Medicaid programs, because the majority of cases – which involve much more modest settlement amounts—wouldn’t be filed at all.

In her dissenting opinion with the ruling, Justice Sonia Sotomayor questioned how aggressive states can be in attempting to recover expenses already incurred – whether the state could recoup money allocated for a future, unrelated injury to cover its costs related to a Medicaid beneficiary’s past injury. States could also begin stretching the definition of “medical care” to increase the amount of funds subject to recovery. With states now able to reach in and take away money from Medicaid beneficiaries, many will have to head back to court for a chance at battling the state’s authority.