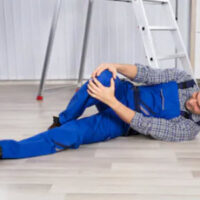 Construction workers have one of the most dangerous jobs on earth. One of the most common injuries sustained while on-site is falls. And unfortunately, they are often fatal. Federal safety rules aim to prevent workers from falling to their deaths, and the Occupational Safety and Health Administration (OSHA) routinely investigates and penalizes negligent employers, yet the problem has been getting worse. Deaths from falls accounted for more than 17 percent of all job-related fatalities that year, also a record. In construction, the rate was even higher — almost 40 percent. Preventing workers from falling off roofs, scaffolds, ladders and other elevated surfaces should be simple. Public information about fall hazards is widely available, and so is equipment and training. Safety regulations are effective when followed. Yet the deaths continue to mount. So why is this happening?

Experts say the construction boom following the recession is a possible factor behind the rising death toll because a worker shortage in the industry has attracted more inexperienced workers to the labor force. But safety experts are still concerned that life-saving information isn’t reaching smaller companies, especially in construction. If you work for a smaller company, this is information you need to pursue. And if you’re a Latino construction worker, it’s literally life and death.

Researchers say that Latino workers are more likely than white workers to die in falls. According to the Bureau of Labor Statistics, in 2017, falls caused nearly 26% of job-related deaths of Latinos, compared to about 16% of white fatalities. Among foreign-born Latinos, falls were responsible for nearly one in three workplace deaths. The leading cause of workplace deaths is transportation incidents. Why? Hispanic workers perform some of the most dangerous jobs in the industry, according to experts. Fear of immigration authorities, as well as the language barrier, can compound the risk, making some workers less likely to report dangerous conditions.

It’s always important to stay informed. If an accident does happen, you have rights. Your family has rights. Don’t be afraid to reach out and talk to a lawyer as soon as possible. Your safety and security is worth it.

By Michael Pike and Daniel Lustig | Posted on August 4, 2021