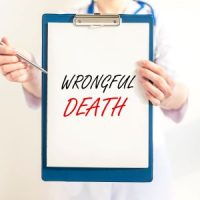 Last year, while on the set for the movie, “Rust”, famous actor Alec Baldwin was involved in a shooting that left the cinematographer of the film dead and the director severely injured. This past February 2022, the family of the cinematographer, Halyna Hutchins, filed a wrongful death lawsuit against Baldwin and others, including the film’s production companies, its producers and other key members of the crew.

The case alleged that numerous industry standards were violated on set, which was grounds for the wrongful death lawsuit. The lawsuit also claimed the production companies and producers “cut corners” and “chose to hire the cheapest crew available,” specifically noting that they “knowingly hired a wholly unqualified armorer,” and required her to split time in a second role as assistant props master.

Today, it was announced that the producers of the movie, including Alec Baldwin and Rust Movie Productions, LLC. have reached a settlement, subject to court approval. As part of that settlement, the wrongful death case will be dismissed.

So, what exactly is a wrongful death suit and on what grounds can one be filed – and by whom? A wrongful death suit is a civil lawsuit that may be brought to court when the negligence or wrongful act of one party causes the death of another person. When a loved one dies due to the negligent, reckless or deliberate behavior of another, the surviving family members may be entitled to collect monetary damages for their loved one’s untimely death.

Civil lawsuits require grounds, and the premise behind a wrongful death lawsuit is that the deceased person not only lost his life due to someone else’s negligence, or intentional act, but that her family members were directly impacted emotionally and financially due to her death. State laws dictate who can file a wrongful death lawsuit: surviving spouses and children can file in all states however extended family members, including grandparents and siblings, can also file in some states as well.

In Florida, Statutes section 768.21 sets out the state’s rules for awarding damages in a wrongful death lawsuit. Damages that surviving family members may receive in these kinds of cases include:

The deceased person’s estate may also recover certain types of damages. These include:

The case against Baldwin and the others could definitely have been made that the circumstances described– cutting corners, hiring inexperienced people, etc. – led to Hutchins’ death. And if the settlement of the lawsuit is any indication, it could have been made successfully.

By Michael Pike and Daniel Lustig | Posted on October 5, 2022