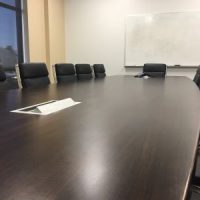 According to a report from The Seattle Times, a group advocating on behalf of Zillow shareholders is filing a lawsuit against the corporation after its “flipping” strategy caused significant losses. The shareholders allege that Zillow’s corporate leadership made material misrepresentations to investors. The lawsuit comes after news that Zillow has made the decision to exit the home flipping business. In this blog post, our top-rated West Palm Beach shareholder dispute lawyers explain the key things to know about this lawsuit.

Founded in 2006, Zillow is one of the nation’s largest online real estate marketplaces. The company generates a significant portion of its revenue by selling advertising on its well-trafficked website. Though, it also operated a home buying business—at least until recently. On November 2nd, 2021, Zillow announced the closure of its home buying (home flipping) business. Approximately 2,000 employers (25 percent of the company’s workforce) were laid off.

Zillow made the move after it sustained steep losses in home buying in 2021. As reported by Geekwire, Zillow’s algorithm failed to achieve its stated objectives. The company purchased a significant number of residential properties as prices rose all across the United States in the spring and summer of 2021. However, it has now become clear that the algorithm was not able to accurately predict price fluctuations. Zillow is selling many of these homes at a loss.

A lawsuit has been filed against Zillow on behalf of shareholders. According to allegations raised in federal court, Zillow improperly failed to disclose the problems with its home buying/home flipping algorithm. The shareholder lawsuit contends that corporate leadership was aware of the problems well before they became public—and that shareholders/investors were left in the dark. The lawsuit points to an earnings call from May of 2021 and an earnings call from August of 2021 in which Zillow informed shareholders that its home buying business was exceeding “internal expectations.”

Zillow’s stock price has sustained major losses over the course of 2021. It peaked in mid-February, hitting $203 per share. The price slowly fell during the following several months, before briefly rising again in October to just over $105 per share. However, the stock price tanked after the company officially confirmed the closure of its home buying business. It dropped by nearly 40 percent in just two days. Some investors have sustained deep losses in Zillow. The shareholder litigation lawsuit is currently pending in federal court. The company has denied any wrongdoing.

Get Help From a Shareholder Litigation Attorney in South Florida

At Pike & Lustig, LLP, we are skilled, results-oriented advocates for shareholders. If you suffered losses as a shareholder, our attorneys are here to protect your rights and help you find the best solutions. Call us now for a fully private review and evaluation of your case. We represent shareholders in West Palm Beach, Miami, Palm Gardens, and throughout Southeastern Florida.