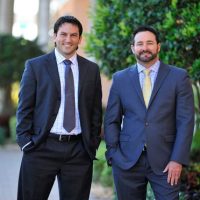 A lawsuit by Florida resident Charles Ngo over the alleged use of a copyrighted photograph by award-winning Texas photographer Tom Hussey has developed into a claim of fraud on the court, as the defense asserts the photo was never registered as claimed.

Hussey sued Florida resident Charles Ngo for damages in October 2018, alleging he unlawfully reproduced a photo from his “Reflections” series, depicting elderly people gazing at a reflection of their younger selves in the mirror.