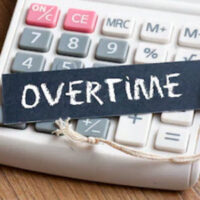 On August 12th, 2020, the Department of Labor (DOL) published a press release confirming that Randall Mechanical Inc.—a contractor based in Orange County, Florida—will pay $16,852 to resolve an employment lawsuit. The company consented to findings that it improperly denied 20 employees their full and fair overtime wages and agreed to revise its policies. Below, our West Palm Beach employment law attorneys provide a more detailed overview of the allegations and the settlement.

Randall Mechanical is a construction contractor that serves communities in Central Florida and Southeast Florida. After allegations of improper labor practices arose, the DOL’s Wage and Hour Division launched an inquiry into the company and its overtime policies. The investigation revealed that Randall Mechanical was not paying full overtime wages to employees in its accounting department.

Specifically, the DOL alleges that the Florida company was ‘banking’ the time of employees who exceeded 40 hours in a given workweek. The affected workers covered by this regulatory action were all in the accounting department.

As an example of how the firm’s wage and hour policies worked in practice, imagine that an employee worked 43 hours in the first week of August. The employer’s practice was to pay them straight-time wages for 40 hours, then credit their next paycheck with three hours—still paying straight time wages. In other words, time worked was shifted forward to the next pay period in order to avoid paying overtime rates.

The Fair Labor Standards Act (FLSA) is clear on this matter: Employers are not permitted to shift employee time forward in order to avoid paying overtime wages. Employees must be paid for their work within a pay period. If a non-overtime exempt employee works more than 40 hours in a given pay period, they must be paid time and a half for those additional hours. Failure to do so is a clear violation of an employee’s right to overtime pay. There is no employer discretion on this matter.

Without admitting or denying wrongdoing, Randall Mechanical consented to the DOL’s findings and agreed to pay more than $16,000 to the employees who were denied their full overtime wages. In addition, the company will revise its wage and hour practices to ensure full compliance with the FLSA and all relevant state regulations. Finally, the DOL also noted that the company violated the record-keeping requirements under federal law by misrecorded hours.

Schedule a Confidential Consultation With a Florida Employment Attorney

At Pike & Lustig, LLP, our Florida employment law lawyers have deep experience representing clients in unpaid overtime claims. We are skilled advocates for employers and employees. If you want more information on your rights or obligations under the FLSA, we are more than ready to help. Contact our lawyers now for a fully private case evaluation. We have office locations in West Palm Beach, Wellington and Miami and we represent companies throughout Southeastern Florida.