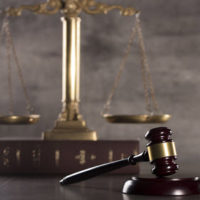 The Manager Refused to Carry Out Unlawful Racial Screening of Applicants

Officials at the EEOC contend that general managers and regional managers at Whataburger wanted to use a hiring system, whereby applicants who did not have “white sounding names” were not granted interviews for employment. The justification that Whataburger allegedly used internally for such a clearly unlawful and racially discriminatory practice was that the company wanted the race of the staff of each store to match up with the race of the customers at the location.

The manager in charge of a Tallahassee Whataburger restaurant, who was given these racially discriminatory hiring instructions, refused to comply with them, and did not carry them out. As a result, she alleges that she then faced a repetitive and pervasive pattern of retaliation from her supervisor at the company. The EEOC charges that retaliation included everything from verbal intimidation and threats, to adverse in scheduling and undeserved disciplinary action. Eventually, due to the mistreatment that she was facing on the job, this manager decided to resign from her position at the restaurant.

Employer retaliation is a violation of federal law. Specifically, employees are protected from any unlawful retaliation under Title VII of the Civil Rights of 1964. Under this federal legislation, workers and job applicants cannot be punished for exercising certain legal rights. These rights are referred to as “protected activities”, and they include everything from the right to be free from discrimination and harassment, to the right to seek a reasonable accommodation or to advocate for fair and safe working conditions. If an employer takes any type of adverse action against an employee, simply because that particular employee was attempting to exercise their protected rights, then that employee has been a victim of illegal retaliation. This means that the employee in question has the right to take legal action against their employer. Victims of employment retaliation may be entitled to a variety of different legal remedies, potentially including financial compensation for their damages.

At Pike & Lustig, LLP, we have extensive experience handling complex employment law claims, including all sides of retaliation cases. We represent both employers and employees, so we know these cases from every angle. If you are a Florida employer or employee currently involved in a retaliation dispute, please contact our team today to request a free review of your case. From our offices in Miami and West Palm Beach, our attorneys represent clients in communities throughout Southeastern Florida.