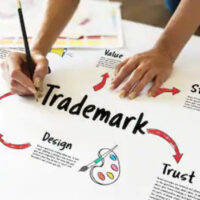 Inter Miami CF is set to join America’s top professional soccer league, the MLS, for the 2020 season. The team will play at a freshly renovated complex in Fort Lauderdale. However, it is not entirely certain as to what this team will be called—at least in the long run. That is because Inter Milan, the famous Italian professional soccer club, has won an early victory in its trademark dispute against Inter Miami.

According to a report from the Miami New Times, the Trademark Trial and Appeal Board (TTAB)  ruled against the MLS on a key procedural issue. Here, our Miami trademark litigation lawyers offer an overview of the ruling against Inter Miami and explain why the team may eventually be forced to change its name.

Inter Miami and Inter Milan have been locked in a multi-year battle over the team names—most notably, the use of the term ‘Inter’. Back in 2014, Milan filed a trademark application to get marketing rights of the term in the United States. In response, MLS, which owns Inter Miami, filed a petition for trademark opposition. The Miami-based MLS club made two key arguments in its opposition:

The first argument, that approving Milan’s trademark application would cause a likelihood of confusion, has been dismissed. Although this is somewhat of a technical ruling, the implications are significant. It puts Inter Milan on the path to prevailing in the larger trademark case and, potentially, towards forcing the Miami soccer club to change its name.

Will Inter Miami Be Forced to Change Its Name?

The ultimate question for soccer fans and other interested parties in South Florida asks: Will Inter Miami be required to change its name? The answer is “maybe”—the MLB has filed an appeal of the TTAB decision and there are still some other legal issues that need to be resolved before a final verdict can be rendered.

That being said, Inter Milan has filed legal motion that indicates the team is seeking exclusive league rights over the term in the United States. If Inter Milan can convince the USPTO that ordinary American soccer fans think of “Milan” when they hear the term “Inter”, Miami may be forced to change its name.

As of now, Inter Miami will play as Inter Miami when the season kicks off in March. Still, it is unclear if the team will be allowed to keep the name going forward.

At Pike & Lustig, LLP, our Florida trademark lawyers provide comprehensive, results-oriented legal representation to companies and organizations. Call us now for a completely confidential assessment of your case. We represent clients throughout South Florida, including in West Palm Beach, Miami, and Fort Lauderdale.