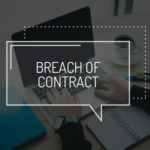 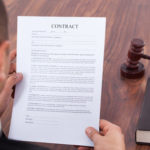 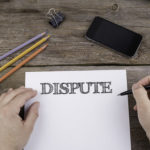 What is an Anticipatory Breach of Contract?

What is the Duty to Mitigate Contract Damages?

Consider the following scenario: company A and company B recently signed a $50,000 purchase agreement. The agreement stipulates that company A must deliver a certain product on the morning of January 1st. However, when company A shows up to make the delivery, a representative from company B states that they changed their mind and… Read More »

Breach of Contract: What Happens Next?

Contracts are a critical part of productive business relationships. When you form a business contract, you have the reasonable expectation that the other party will live up to their end up the bargain. Unfortunately, sometimes another party will breach their contract obligations. If your business has had a contract breached, you need to take… Read More »

Contract Damages: How Much Can You Agree To?

By Michael Pike and Daniel Lustig | Posted on January 9, 2015

American law has a fairly robust respect for people’s freedom to contract, especially in cases where both sides are of equal bargaining power and sophistication. However, there are certain clauses that the law refuses to enforce either to protect society or to protect one of the parties to the contract. One area where this… Read More »