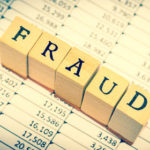 According to reporting from the Daily Business Review, Kesner Joaseus, of Wellington, Florida, has been sentenced to eleven years in prison for his role in a complex identity theft/real estate fraud scheme. Mr. Joaseus, and his co-conspirators, Wadno Dorneau, of West Palm Beach, and Miguel Tilus, of Lake Worth, were originally charged in January… Read More »

Business owners place significant faith in the hands of their employees. Unfortunately, sometimes this trust is misplaced and insider employees commit major fraud against the business. Florida companies of all sizes have been seriously damaged by employee business fraud. If you believe that your company has been victimized by an employee, please contact an… Read More »